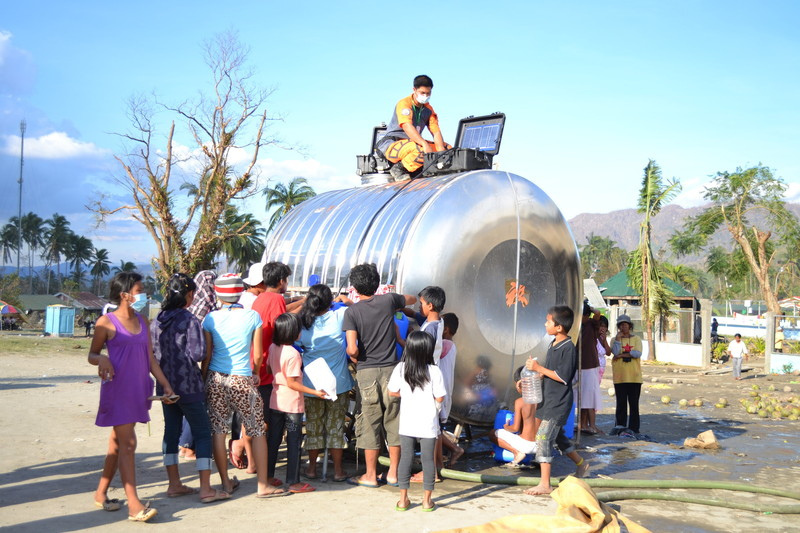 Tomorrow I head to Addis Ababa. It has been a decent wee while since I have been to Addis and I am excited to see where the years have taken it. Ethiopia is far – very far – from the We are the World days; yet, that image of Ethiopia is stuck in many people’s minds – which is a shame because it is a beautiful, dynamic, and growing country with a lot to offer.

The singularity of image which Ethiopia maintains in some people’s minds got me thinking about what role virtual currencies and automatic contracts could play in responding to a humanitarian crisis.

For the record, I’m not a humanitarian worker. I’m a development worker. They are linked but not exactly the same albeit there is a pretty fine line betwixt the tween. Development workers stay in a country for longer periods and work on more systemic issues. Humanitarian workers largely respond to crises and in theory should stay in country for shorter periods of time and work on matters of more immediacy (get the schools open, make sure safe drinking water is available). Theoretically at least, the line is somewhere in the top 60% of Maslow’s needs. If you work under that threshold you are likely a humanitarian worker, and if you work above that threshold you are likely a development worker.

The first thing which humanitarians must do is to assess the damage that has been caused. It is elementary that in order to address a problem you need to know what the problem is. Damage assessment is the humanitarian version of this. I have been a long time reader of Patrick Meier and his fascinating blog iRevolution. Patrick has been working with OCHA and other UN agencies (along with many others I suspect) to form a Digital Humanitarian Network which performs microtasking and categorizing of damages so that higher agencies can have a more bi (business intelligence) view of the situation. For background on this I would suggest here on early work in Haiti and for Typhoon Yolanda, here for an updated SitRep from Yolanda, here for some thoughts on integrating SMS and machine learning, and here on the role of crowd computing to analyze drone pictures.

The basic idea that Patrick and others in his tribe are working with is that the natural instinct of people to help in times of crisis should not be restricted to geography and by using advanced computing, digital imaging, and microtasking, the gigantic task of performing a damage assessment can be freed from geography, performed faster (in near real time), output more evenly damage assessments than a single human being with her|his biases would output.

After a damage assessment occurs, then the onus usually falls to implementing agencies (such as Save the Children, UNICEF, Oxfam and others) to move assets into place that will provide the necessary relief. These agencies, for all their flaws, are really, really good at this. They may not be as fast as those affected by a crisis would like them to be, but all things considered they are really quite fast.

What Positive Roles Could Virtual Currencies and Automatic Contracts Play

Although the discussion above is simplistic, it is more or less how I (as a semi-outsider) understand that things work. There are a few ways in which virtual automatic contracts could be leveraged to speed up the response time of the ecosystem.

The first thing that jumps out to me is a way to provide some incentive to the MicroTakers. This may be controversial in that perhaps they feel they are donating their time and do not expect to gain any value from the exercise, but perhaps that is not necessarily the case. Humanitarian work is a profession which requires professionals in order to do it right and those professionals do not expect to work for free their entire lives just because they “help”.

To assist in the professionalism of the digital humanitarian microtaskers it would be trivial for an engineer to build a contract where X% of the donation stream which came in via virtual currencies was automatically reserved for the microtasker pool and then was distributed among those microtaskers according to various metrics such as the difficulty of the “block” they were “mining” (categorizing different data streams would presumably require different levels of precision and ability) or the “amount” they “mined” (the more someone contributes to the system the more they should be rewarded). In this system, the greater the overall donation pool, presumably somewhat linked to the level of the disaster and the amount of people affected and the amount of people interested in assisting those, the higher the per task reward for the digital humanitarians who are working on damage assessment from their cell phones on trains in stable parts of the world or however they are doing it.

This system would likely take one engineer less than a week to build into the current microtasking platform that DHN already has running. Perhaps a bit longer but the investment to build this into the platform would likely be minimal vis a vis the overall cost to engineer the system.

A similar type of system could be build for newer, automated, machine learning portions of the damage assessment which would not require human interaction. This would be farther out, but the theory would likely be that those donating their computing power to the effort would then be rewarded for that donation somehow. This is exactly how BitCoin mining currently works, except the computing power would not be focused on securing the network (all that bitcoin miners are actually doing) but rather on performing the damage assessment.

The second way, and perhaps more interesting way, in which virtual automatic contracts could be used to speed up service and good delivery to affected populations is to use automatic contracts to dispense money and then let those affected spend that money in their local markets on local goods and services to a greater extent than currently happens in many developing countries.

Let’s quickly compare how disaster relief works in a developed country to a developing country. When a disaster occurs in the US for example, there are big rewards for local markets to respond to that disaster (viz. Treme, and growing up in Florida). So when a disaster occurs it actually entrenches local and regional markets rather than displaces them. Ask any power worker in the South when they’ve been able to buy a new car and they will likely tell you that it was due to working their ass off following Hurricane Z. In developing countries however, we have a tendency to think that local markets are simply non-functional. This may or may not be true, but very often the way that humanitarian response works displaces local markets to a very large extent (for more on this read my friend Jessica’s book).

There are very interesting trends in this space right now which are working on the displacement of local markets. For example, in the most recent flareup of drought in Somalia where I work there was a decentralized, diaspora led effort to send cash via money transfer and mobile money operators directly to the affected population who then used the money to purchase goods and services from local markets thereby entrenching those markets rather than displacing them. How it largely worked was small-ish organizations gathered donations in a central hub and then changed these donations into a mobile money format and dispensed it via a mobile money automater. It was wonderful to see it happen, although I’m not sure what the results of it were.

The theory of virtual automatic contracts would be that they could be used – especially in combination with mobile money – to speed up the whole process and to increase resiliency throughout the system. If the big agencies who collect donations then had in place virtual automatic contracts with smaller agencies who in turn had virtual automatic contracts with the beneficiaries in their region, then we would be talking hours from the moment a disaster struck, to the moment that resources were in the phone of the affected populations. This would ebb and flow over time based on damage assessments which would then trigger movements of the inward resources flow to certain areas which the humans and|or robots said were of greatest need (however that was defined). Donation streams would also ebb and flow over time, but at the peak (presumably after the damage assessment system was fully deployed and operating) donations could be in people’s phones within minutes of coming into the main donation wallet. Think about that. Minutes from my phone in country X to the phone of an affected person in country Y.

Auditing is extremely important for these agencies as they receive significant funding from public resources and those public agencies tend to care about such things as terrorism and money laundering. However this would be trivial if this all happened on a blockchain. All a donor would need to do is to go to blockchain.info or some other similar site to see their donation and how it flowed from their phone or computer to the big agency, to the small agency, to the beneficiary. That would work when we reach a point of adoption of virtual currency where the beneficiaries could pay for goods and services with their virtual currency. There is likely an intermediate step where either the big or the small agency would need to wholesale trade the virtual currency for mobile currency which would then be dispense to beneficiaries. The difficulty there in the medium term is that the blockchain of a virtual currency allows the donors to see with granular clarity where their money went and mobile money would not necessarily be able to do that. Of course the distributing agency could open their books, but it would not happen automatically and transparently as it does on a blockchain.

In the above sequence there are two primary things that negotiating virtual automatic contracts would play.

Second, and probably more interesting, these contracts provide an opportunity for the ecosystem within a country or region to conduct a negotiation as to what actually matters during a humanitarian crisis. In other words, how will the damage assessments be ranked and what will be the distribution of donation inflows among the various competing priorities during a humanitarian crisis. Today these are often negotiated on the fly by individual human beings (or worse, committees). But, if this negotiation happens before the crisis then calmer, more utilitarian minds can establish priorities that will then be hard coded into the contracts and the robots would then make the distribution rather than the humans with all of their biases.

Those are my thoughts. What are your’s?